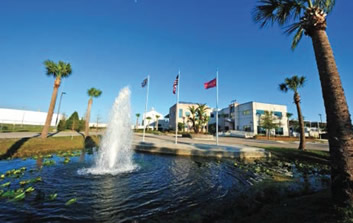 A new and sustainable source of clean water for its customers; professional installation of various advanced ἀltration, pumping, and other systems required for efficient operation of the new plant; storage areas for keeping chemicals used in the water treatment process; significant cost savings for the client and local municipalities; multiple industry awards in recognition of the project's value.

In 1995, the Tampa Bay Water Authority (TBW) embarked on the $609-million Master Water Plan Configuration I, a program designed to reduce its reliance solely on ground-water and develop new water supplies. One major component of this program was the design, construction, and operation of a new 66-million-gallon-per-day (mgd) surface water treatment plant. For the plant construction project, TBW decided on the design-build-operate (DBO) project delivery strategy.

In late 1999, TBW awarded the contract - one of the largest water treatment DBO agreements in the nation - to the team of USFilter/CDM and Clark Construction Group/Poole & Kent. Poole & Kent was responsible for all process mechanical, HVAC, and plumbing work.

In addition, the company installed:

Poole & Kent completed this project on schedule and on budget. Since water produc-tion at this facility, which exceeds both state and federal standards, costs just 53.9 cents per 1,000 gallons, TBW estimates that its partnership with the contractor under this DBO agreement will save the Southwest Florida Water Management District and local basin boards who helped fund the project approximately $85 million over the life of the contract. This savings will ultimately be passed on to the ratepayers.

The project has won numerous awards, including the Build America Award - Municipal Utility from the Associated General Contractors (AGC), the Outstanding Masonry Proj-ect Award from the Masonry Contractors Association of Florida, the Florida Gulf Coast Chapter Award of Excellence from the Associated Builders and Contractors (ABC). In 2003, TBW won the Infrastructure Award from the National Council for Public-Private Partnerships (NCPPP). The project also won the 2003 Grand Prize for Excellence in Environmental Engineering by the American Academy of Environmental Engineers. 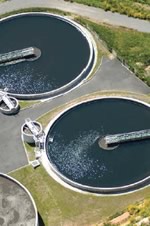