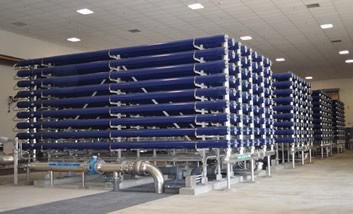 To meet the water resource needs of a growing population.

In the 1990’s, Cape Coral underwent rapid growth, experiencing a nearly 60-percent increase in population. This explosive growth placed greatly increased demands on the available water resources, as well as the city’s treatment and distribution infrastructure. As one part of its effort to address this situation, the city signed a program-manager-atrisk contract for construction of a new 12-million-gallons-per-day (mgd) low-pressure reverse osmosis (LPRO) water treatment plant.

Poole & Kent then contracted directly with the program manager, MWH, for construction of all plant facilities with the exception of the pre-stressed concrete-finished groundwater storage tank, and the electrical, instrumentation, and controls improvements. Though Poole & Kent’s contract scope did not include these improvements, the company was responsible for extensive cross-checking and coordination with other contractors to ensure that construction proceeded smoothly.

The plant buildings, piping, and other infrastructure were designed and constructed to accommodate future plant expansion to 24 mgd, with an ultimate capacity of 36 mgd.

This project was part of a larger undertaking by the city that won Engineering News Record’s “Southeast Best of 2011” in the best civil works/infrastructure category. 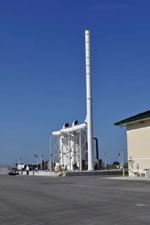