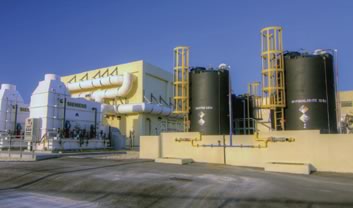 P&K scheduled, coordinated, procured, and executed all aspects of construction of the facilities and process equipment. Completion of the project required extremely close coordination and cooperation with Owner, Engineer and additional contractors. P&K completed the project within the original Contract Time and saved Miami-Dade Water and Sewer Department over $600,000.

Of five separate contracts for the largest construction components of this HLD treatment program awarded to P&K—a new 285-mgd filtration system, a 123-mgd capacity effluent pump station, a septage receiving and solids process building, a new oxygenation train (no. 7), and chlorine contact tanks 5 through 9—the septage receiving and solids building is discussed herein.

In February 2010, Poole & Kent Company of Florida (P&K) was awarded the contract for construction of the Septage Receiving and Solids Process Building. Improvements included under the project include the following components:

In 2004, (MDWASD), in connection with the U.S. EPA, agreed to upgrade the County’s South District Wastewater Treatment Plant to incorporate a 285-million-gallon-per-day capacity reclaimed water filtration system. This facility will be the largest in Florida to treat wastewater to these stringent standards, and the treated wastewater will be reclaimed for use as electrical cogeneration cooling water and for irrigation of green space at Zoo Miami. 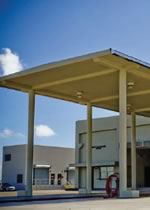